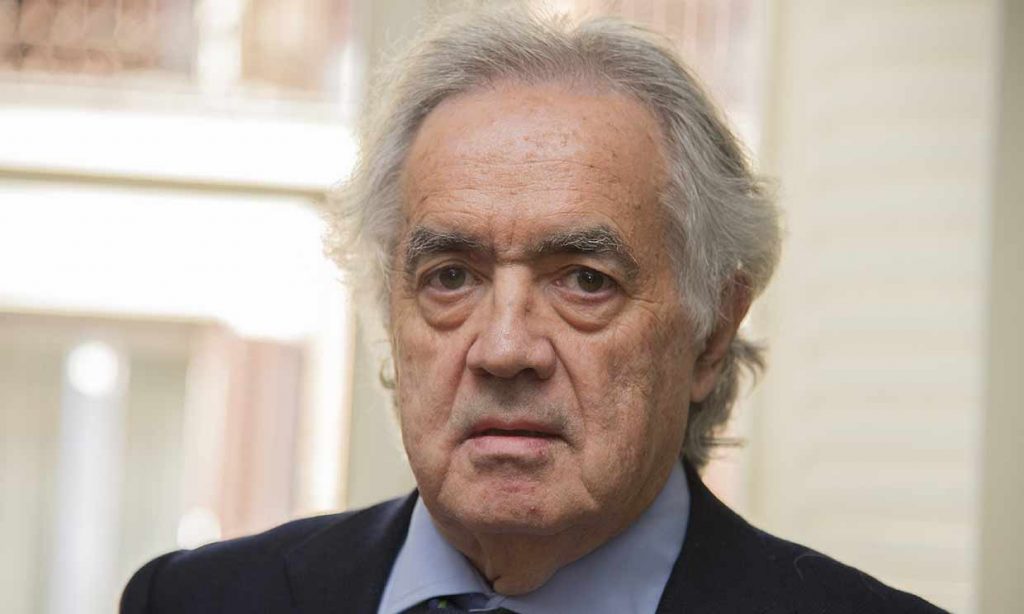 During the 15 years that he worked with Julio Iglesias, Alfredo Fraile was the key piece in the gear that forged his success. Later, he was an image advisor to Adolfo Suárez and Bertín Osborne, among others.

Alfredo Fraile, who was Julio Iglesias’s manager, at the height of his fame, between 1969 and 1984, has died in Madrid from covid. The businessman was hospitalized for a month due to the virus, and although he had seen an apparent improvement a few days ago, he has finally died from complications of the disease.

During the 15 years that he worked with Julio Iglesias, Alfredo Fraile was the key piece in the gear that surrounded the artist, the man who, from the shadows, moved all the strings. Later he was an image advisor to Adolfo Suárez and Bertín Osborne, among others. He narrated everything, or everything he wanted to tell, in his memoir Confessable Secrets, published in 2014, in which he also gave an account of his 10 years with Silvio Berlusconi.

Fraile was born in Madrid on April 14, 1943. At the age of 26, he dropped out of school to work with his father, considered one of the best cinematographers of his time as a production assistant. However, that same year, 1969, his friend Enrique Herreros, then Julio Iglesias’ image consultant, asked him to help him and, little by little, he left the cinema, attracted by advisory work.

In 1972 Herreros left the office and Julio Iglesias was going through a serious downturn in his career. Despite having achieved two big hits with “Life Continues” and “Gwendoline”, he was not receiving great offers. At the time, few believed in the Spanish singer, only Julio himself, his father and Alfredo Fraile, who never lost confidence in being able to make him a great international artist.

Although Fraile affirms that the work of opening markets and starting from scratch in each country was the work of the artist himself, everyone recognizes that without the help of this “magician of the image”, the singer’s career would not have been so meteoric.

His first important decision was to leave Spain to settle in Miami and, from there, open up to new markets, while promoting the image of the Latin singer, with a velvety voice, elegant forms and strong appeal. He is also credited with creating the Latin lover legend that haunts Julio Iglesias.

In 1984, he left Julio Iglesias “out of fatigue”, according to him, and in the face of the danger of destroying his private life due to the strong pace of work to which he was subjected.

FROM JULIO IGLESIAS TO ADOLFO SUÁREZ

He established his residence in Spain and opened Agency A in November 1984, dedicated to image consultancy and public relations. Although he promised not to return to “showbusiness”, he soon became the image consultant for Bertín Osborne, whom he tried to introduce into the difficult North American market.

In 1986 he decided to enter the world of politics and was in charge of Adolfo Suárez’s campaign for the general elections on June 22 of that year. At that time, the popularity of the former Spanish president was quite low and, with the help of Alfredo Fraile’s team, the electoral results were much better than expected.

Related within the business world with Javier de la Rosa -representative in Spain of the Kuwaiti group KIO-, he presided over Telefuturo -a subsidiary of Tibidabo, later Gran Tibidabo, of which he was a director since 1990-.

On March 30, 1990 De la Rosa acquired, through Telefuturo, the Telecinco share package that was in the possession of the Anaya Group. On May 29 of that year he entered the board of directors of this private television channel and the following month he became its vice president.

In February 1993 De la Rosa sold his package on Telecinco to the German group Kirch and the following month he left his responsibilities in the channel’s organic structure. The divestment of the Catalan businessman in Gran Tibidabo (promoter of the Vila-Seca and Salou theme park), led to his departure from his council in May 1994.

Because of his relationship with Javier de la Rosa, Fraile was involved and was exonerated in three judicial proceedings between 1996 and 1998 (“De la Rosa”, for the decapitalization of Gran Tibidabo, “KIO” and “Telecinco”, for an alleged fraud channel tax of 2,000 million pesetas).