“Unreliable citizens”: this is how technology is used to punish the population that annoys or disagrees with the Government 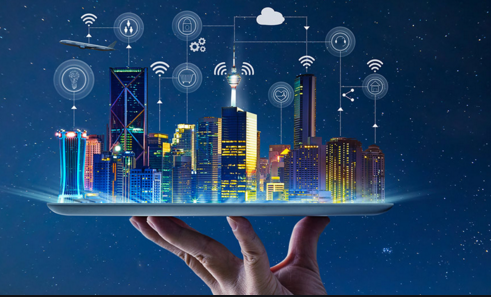 It is a perverse, ambiguous, and largely random system that has been made possible by the combination of Big Data, cameras with facial recognition, Internet monitoring, and social media. A mechanism to control the lives of 1.4 billion people, despite the fact that many of them are unaware of their existence or that the rules are applied differently depending on the province in which they are located. Its aim is to punish citizens that the state has classified as “unreliable”.

China’s social credit system is possible thanks to a combination of technologies such as Big Data, video surveillance and the constant monitoring and censorship of the Internet in the country

Citizens “unreliable” for the Chinese state are those with debts, the unbelievers or simply those who the regime considers to have spread false information on the Internet or social networks. A series of behaviors that, although in many cases are not classified as criminal offenses, are considered “a disgrace” by the State and deserving of punishment. Even ambiguous behavior such as “offering insincere apologies” is punished.

One such “disgraced” person in the eyes of the Chinese state is He’s uncle. His story is told in the book La Cara Oculta de China, written by Isidre Ambrós.

He is a young university student from Beijing who discovered the social credit system when her uncle was taking longer than expected to arrive at the New Year’s celebration at the family home. A relatively easy trip from a nearby city connected by a high-speed train.

However, her uncle had a financial debt that he had not been able to cope with. This meant that the Chinese government hung the sanbenito of “unreliable” turning him into one of the 6 million Chinese who cannot ride high-speed trains.

In addition to the 6 million people punished without being able to travel on high-speed trains, there are 27 million Chinese who are prohibited from riding on airplanes because of the social credit system.

Other punishments for “unreliable” citizens that Ambrós collects in her book are restrictions to access certain entertainment venues, slower internet connections or impediments to access a job because they do not call you in interviews.

“The points card that the Chinese government has promoted for some time now joins the range of tools promoted by the country’s president, Xi Jinping, to punish the uncivil behavior of many Chinese, who may be tempted to drive without a license or stop paying their debts. The problem is that this initiative, applicable for a period of time, can lead to a social division between good and bad citizens in a country full of envy, “Ambros tells PIXEL.

In his book, the author uses the metaphor of the carrot and the stick to refer to the logic that uses this system. The carrot would be found in that those citizens who carry out volunteer work or do extra work at the university will have a positive score that will help them to be called in interviews and get a good job.

In addition to the controversial social credit system The Hidden Face of China has 61 striking stories that range from the use of rap music for propaganda purposes by the government to the war against toilet paper thieves. Some stories elaborated after an extensive experience of more than 10 years in the Asian giant by the author.