Threats, pushes and nerves for a PS5: the odyssey of buying the fashionable console 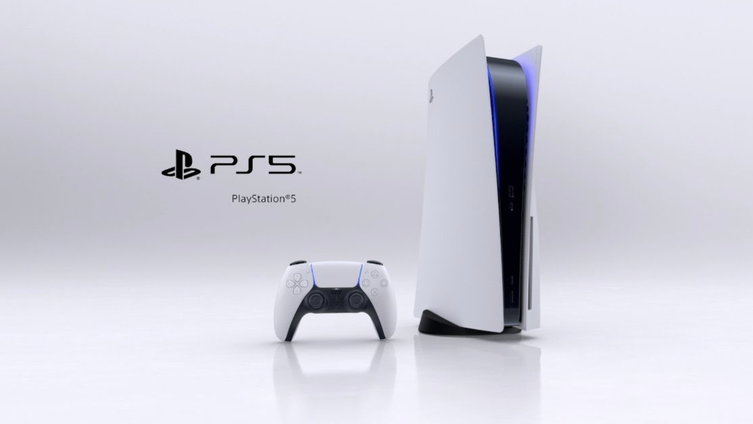 Have not been able to buy a PS5 for Christmas or for Kings? Good luck getting one now, because it is impossible unless you are the luckiest person in the world.

The PlayStation 5 console is almost a collector’s item. Demand has outstripped supply so much that users are faced with dropped sales pages, endless virtual queues, nervousness at the stores and canceled reservations.

Both Sony and Microsoft have started to manufacture new stock so quickly that it is beginning to affect other industrial sectors such as the automotive industry, which also depends on the manufacture of the microchips that make up the vehicles to have functions such as Bluetooth, WiFi or touchscreens.

The fever for the PS5 in Spain is leaving stamps to remember according to some workers at the main points of sale such as El Corte Inglés, Carrefour, Game, Fnac or Media Markt.

“He seemed like a normal guy, he came asking for a PS5 when it was already sold out everywhere. After telling him that there were no available and that they could not be reserved he began to get more and more nervous, accusing the sellers of being part of a mafia network that it tried to increase the price of the second-hand console “, related a worker of one of the main points of sale located in Callao, Madrid.

“I tried to calm him down while he was watching the security employee for what might happen. He left an accessory in the box for me to charge him and took advantage of my distraction to push me and try to enter the warehouse that I have behind me, saying loudly that we hid the consoles there and that he was not going to leave without his PS5. I have never seen anything like it, “added this employee who also experienced the launch of the previous generation of PlayStation.

The conspiracy of consoles is the order of the day on the Internet. Marketing campaign, Illuminati conspiracy that intends to dynamite the welfare state of the West by attacking digital entertainment, usury from the store workers themselves. Since the November 19 release date of the PS5, in stores and customer service have heard all kinds of theories.

They have also experienced bribes, not only for the consoles they may have in stock, but they have also tried to buy the display model. “I spent ten minutes explaining to a client that the exhibition PS5 is a model, that it is not functional. She tried to leave five hundred euros in cash in the box to take it with her. Then she began to cry saying that it was a gift for her son, even She put us on a call with her husband on free hands so that he too would try to convince us, “explained another worker in a shopping center in Alcorcón.

The list of arguments, excuses and tricks to get hold of the long-awaited console number in the hundreds. From the most central Fnac in the Spanish capital, an employee who has worked throughout the Christmas season listed a few.

“They have come with photos made with an Instagram filter, which adds a box of PS5 to the photo, claiming a friend of his had bought it in this same store the day before, so he demanded another unit for him. After the refusal , alluded to the conspiracies of the ghost PlayStation 5 gathering dust in the warehouses. It’s a lie, as soon as we receive the console we cover reservations and remove them all.

Unfortunately, there have also been cases of threats and harassment by customers, thus unloading frustration on employees. There are several who have tried to get hold of a console claiming to have paid for it without having a receipt or receipt of the operation. As the play did not go well, more than one of them threatened the workers with phrases such as “I’m going to wait for you at the exit and we are going to see each other’s faces for being a liar” or “as soon as you don’t look, I’m going to steal the one you have. there (alluding again to that PS5 mockup that arouses so much devotion) “.

Undoubtedly, the high point of this nightmare before Christmas was during this very holiday, when like Schwarzenegger, who in the movie ‘A Father in Distress’ tries to get hold of a Turbo-Man at all costs, many adults desperately searched for a PlayStation 5.

Still with some nervousness in his body, Mario recounted the episode that he experienced at the end of December in the store where he works on Preciados street in Madrid: “That day at least 30 people had come asking for the console. Everything was going normally. until a middle-aged man came demanding the device in very bad ways. After informing him of the lack of stock, he started pointing out my partner, accusing us of having ruined Christmas for his family. Then he took out his mobile phone and he started filming, wondering if we really didn’t have PS5s hidden in the back room as he tried to jump over the counter with the included methacrylate. The presence of security personnel caused him to escape. “

The stock problems and the desperation of some people to get the fashionable console do not remain in the real world, it extends to the digital world. Several Wallapop users, regular sellers of all kinds of objects (even consoles), have seen their accounts have been denounced on numerous occasions shortly after placing an advertisement for the sale of a PS5.

“I have had to open secondary accounts three times and they have been deactivated all three by user complaints. It is not that I am trying to do business, I get car insurance and the console that I bought in November I will use to pay bills. I don’t understand this hatred, it had never happened to me, “commented Carlos Latuna from Alcalá de Henares.

Similar problems Azucena has experienced selling a used PS5 on the Facebook Market platform. “It was a gift from a couple and we are no longer together, I prefer not to have her in my house so I resorted to this platform, for nothing. I have received threats that of course I have reported, they have insulted me and have even made me believe in more than one occasion that they came to an agreed place to pick it up and have left me planted, on purpose. It seems that this device is cursed “, stressed the user.

THE ATTACK OF THE BOTS

A group of speculators called CrepChiefNotify acquired 3,500 PlayStation 5 and 1,000 Xbox Series X. Although both mass orders were canceled by the store itself, many users are still trying to get a new generation console with the help of technology.

Stock lasts seconds, hopefully minutes. On Twitter, many nickname it the Schrödinger console because it appears in the virtual cart but when you finish the payment it is no longer there. Some users claim that even with the charge made, they receive a cancellation email after a while, as happened last Friday with a stock in Carrefour. This was so few units that the number of customers who formalized the payment far exceeded the number of consoles for sale, which resulted in hundreds of cancellations.

But there is something faster than man, machine and the new battlefield is the virtual cart. You just have to take a look on Twitter to see the large number of users who complain about these practices every day. Thanks to bots, a single person manages to buy several consoles in one go, while a human is still typing in the credit card number. It is a losing battle.