The robot that disinfects your hands 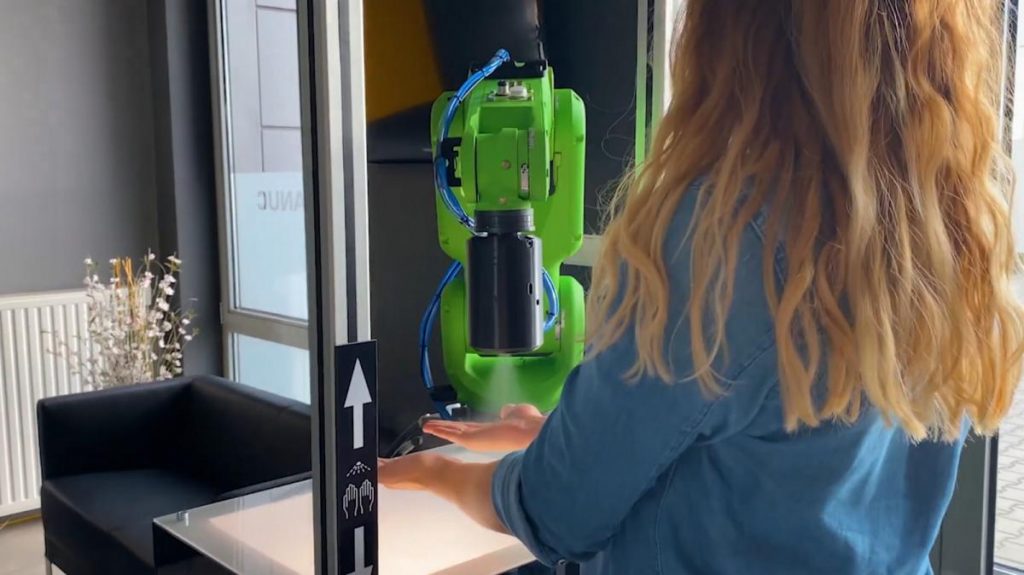 The FANUC CR-7iA collaborative robot has been adapted to disinfect the hands of people who ask it, no matter where they are put.

The sanitizing gel has already become a daily element of our lives. Many people carry a bottle in the car or in their purse, and in most stores and closed areas they offer it for us to use when entering.

In many cases it involves grasping and squeezing the end of the bottle, something that is still unsanitary even if the gel is used later, because the bottle is grasped with dirty hands.

As we can see, the main contribution is that the user all he has to do is show the palms of his hands, he does not have to put them in a specific place.

The robot has a camera with object recognition, which is capable of detecting when there are hands with open palms. Using the robotic arm, he places himself in the center of the palm of the hand, and shoots a jet of gel.

Admittedly, it is perhaps a bit exaggerated to use a robot that is worth thousands of euros for this, when it is enough with a gel bottle that is activated with a sensor. But it must be said that it is not a purpose-built trading robot.

FANUC uses it as an exhibition robot in its factory in Poland, as an example of customization of its FANUC CR-7iA model.

It is a collaborative robot capable of manipulating objects up to 7 kilos. One of its main characteristics is that it can be used without any type of protection for humans, since it has sensors that make it stop when a person gets too close. It is used in all types of factories to manipulate objects and move them from one place to another, packaging, work on assembly lines, etc.

FANUC is the world’s leading manufacturer of robots for industry. Founded almost 70 years ago, it currently has more than 4.4 million CNC controls and 680,000 industrial robots installed.