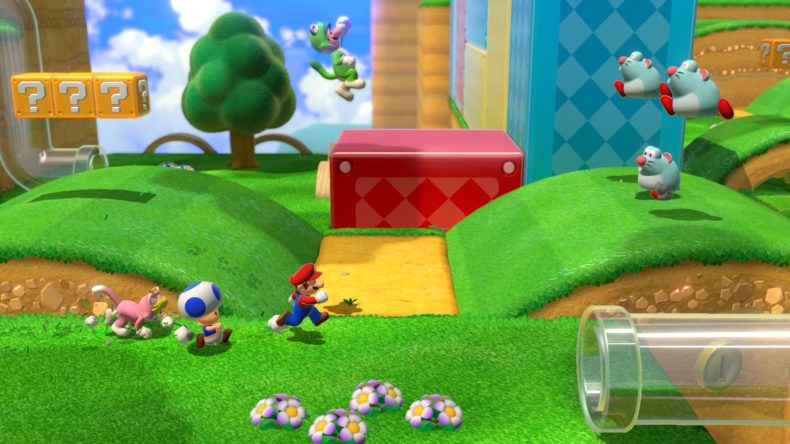 Super Mario 3D World is the clearest demonstration that Nintendo has refined the art of making jumping games and some simple puzzles to perfection. So much so that it begins to seem too easy and to stop surprising.

The best of this game from the failed WiiU console, which has now been reissued for Switch, where undoubtedly many more people will play it; It is not the addition of a suit. And this happens on almost every screen in a video game with more than a hundred of them. The work of Nintendo programmers, artists and designers is commendable because, after 35 years making plumber games, they still know how to turn it around so that you can play for hours and not only entertain you, but end up feeling fulfilled.

You can play alone, but the best thing is to sit down with your partner, roommate or family member to hit jumps with Mario and his usual companions

In an industry where tutorials and explanations abound and can be counterproductive to learning the game itself (who hasn’t skipped a tutorial because what they really want to do is play?), Super Mario 3D World explains itself in the best way. possible way: playing.

For veteran players, such as the one who subscribes these lines, it is true that the challenge posed by this game is not so great because of the accumulated experience or because we already played it in its day, but even so, it is easy to end up cajoled by how well built it is. the game.
of cat for Mario, Luigi, Peach and Toad. Although it is appreciated how different the handling of this variant is, for me it is the least in a game that stands out for how well it teaches how to play.

British video game critic Mark Brown has already analyzed it in depth on his YouTube channel. Super Mario 3D World is a masterpiece insofar as it puts a way to play or a challenge in front of you, teaches it to you in a safe environment and, with each section in which you advance from the same screen, it complicates it and turns it around until it becomes a challenge. When you overcome it, the feeling of satisfaction is there and it will accompany you for a while.

Nintendo almost seems to have built the new game mode for those of us who already know very well how to play Mario. Apart from the main game, with its eight worlds and its extra levels and its secret character, there is a new content called Bowser’s Fury in which we have to face a mammoth and irrational version of the baddie of the saga.

With the help of the villain’s son, Bowser Jr. (who works independently, but can also handle a second player), Mario has to navigate a more open world similar to that of Super Mario Odyssey. In addition, it is more than good, but it is not as outstanding as the full game it accompanies.

Bowser’s Fury almost seems like an experimental add-on and a way that Nintendo wants to rehearse another way to play with Mario, with his abilities and with his worlds. Can we find environments more similar to this, halfway between what are Odyssey and 3D World, in a future game? We’ll see.