Razer launches its first laptops with a Spanish keyboard 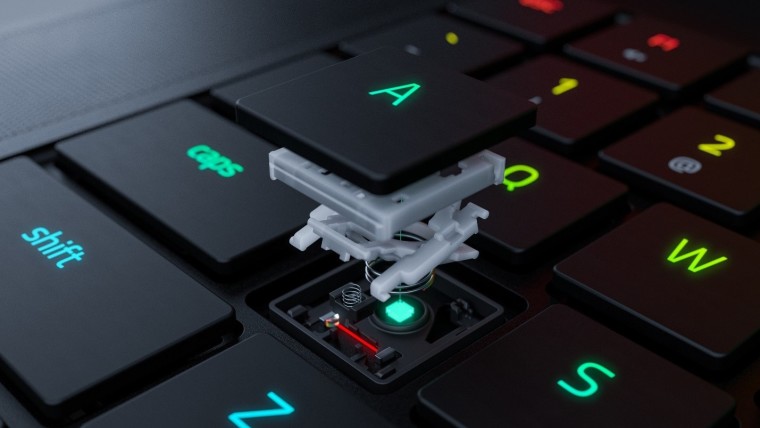 Razer has announced the launch of its new range of Razer Blade 15 and Razer Book gaming laptops with Spanish keyboard configuration. It is the first time that they adapt their keyboards to our market.

The company has been selling other gaming accessories in our market for years, fully adapted, and considers that this is mature enough to start selling its flagship products.

The more powerful laptop of the two would be the Blade 15, which has several 15-inch display options available, integrates 11th generation Intel processors, up to 16GB of RAM and includes Nnvidia’s new generation of laptop graphics cards, the RTX series. 30 in Max-Q format. Its most economical configuration starts at 1,799 euros and can be purchased exclusively on Amazon and PCComponentes.

That it has the latest Nvidia graphics is almost a miracle, given the current chip shortage; but with them inside, they will be able to make use of technologies such as “Advanced Optimus” to improve battery life when playing on the go, “Dynamic Boost 2.0” to optimize the performance of the graphics when playing or rendering multimedia, and the “Whisper Mode 2.0 “for better acoustic control when working in quiet environments

Razer is one of the few companies that can say that it competes with Apple when it comes to the design and power of their computers, as their equipment is always extremely thin and powerful, which is why many designers choose them when they need a Windows-based computer. .

As for the Razer Book 13, this is a somewhat more modest computer with a smaller screen, designed for intense image and video processing operations, and perhaps for games that do not require as much power. It also includes 11th generation Intel processors, but they put Nvidia graphics cards aside in favor of the Intel Iris Xe graphics, which has performed very well in the first tests of many experts. It will be available from 1,699 euros exclusively on Amazon and PCComponentes.

That Razer launches its entire notebooks in Spain, and not only with the keyboard in an American configuration, is an important step that further intensifies competition in the gaming market. While many gamers opt for traditional tower computers, more than a few prefer to play on higher-powered laptops to save space and be able to play with just a connected screen.