Microsoft wanted to buy Nintendo … and Nintendo laughed at them 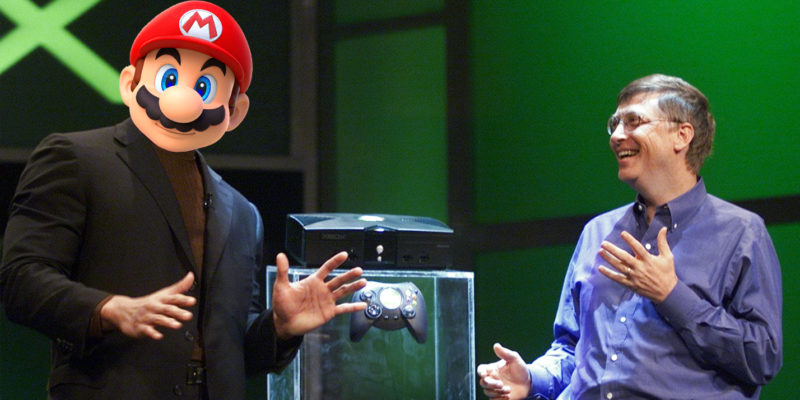 Microsoft will celebrate in November the 20 years since the launch in the United States of its first video console, Xbox, a project in which few companies in the sector believed in its beginnings but has ended up becoming one of the most important players in it, despite the fact that Nintendo came to laugh at the American company when it tried to acquire its business.

The first time the name of Xbox was heard was at the Games Developers Conference 2000, a year after the first news about Playstation 2 was had, with which Sony intended to redesign the world of the computer and walk towards a home. without computer.

This declaration of intent alerted Microsoft, which understood it as an attack before which it could not remain impassive. Many meetings began then on whether the company should make the leap into the gaming area and how to face this path, as several Xbox executives have told in an interview with Bloomberg.

Several groups worked simultaneously but separately on the idea. One of them was responsible for DirectX, a pioneering solution in the field of computer video games, which allowed developers of the time to work on experiences that DOS did not allow them to create, with the added incentive of doing it directly for Windows.

Initially known in the company as Windows Entertainment Platform, with the code name Midway, it ended up being DirectX Box, Xbox in its abbreviated form, since it was this solution that led the development of this team, as a computer that was intended to be a game console.

Thus, at the Games Developer Conference in 2000, Xbox was announced, and a year later, the Xbox video game system was presented in Los Angeles. It would hit the market in the United States in November 2001 (it would do so in Japan and Europe in 2002).

However, and with the hardware ready, the games were lacking, above all, titles with depth among the public. In the search for this software, Microsoft executives came to meet with EA, Bethesda, Tecmo, Square Enix or Konami.

They also met with Nintendo, to whom they proposed a joint venture or if they would consider an acquisition, since then their hardware was not the best, but they excelled with the games. In response, the directors of the Japanese company laughed, say the interviewees.

Despite the initial obstacles, Microsoft’s video game business reached 11.6 billion dollars -data at the end of its year that ended on June 30-. On November 10, its new generation console, Xbox Series S / X, went on sale with the support of titles such as Assassin’s Creed Valhalla or Watch Dogs Legion.