Is your mobile slow? Try these tricks 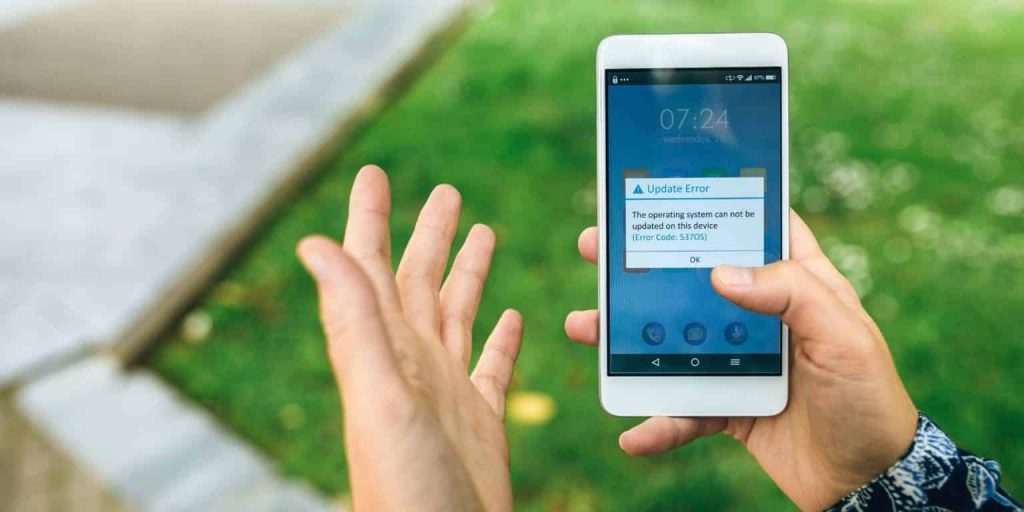 A slow mobile phone can be uncomfortable and irritating, causing actions such as sending a WhatsApp message to take up minutes because the application crashes and takes time to run. The ghost of programmed obsolescence can visit you whether you have an inexpensive or high-end mobile, but don’t worry, here are some tricks to extend its useful life and avoid more headaches in a situation that is already difficult in itself.

Sometimes the mobile does not go as we would like, but the solution may be at your fingertips if you follow these simple tips

Most likely, the slowness problem lies in some of these aspects: several applications running at the same time, having little storage space, an outdated operating system or an overheated terminal. But, referring to the number one rule of home computing, the first thing to try is the reboot.

It’s not magic and it may not work every time, but because of its simplicity, this option is worth a try. The reason is that this process is necessary to refresh memory and especially to close applications running simultaneously or in the background.

Access the smartphone multitasking and click on the ‘Delete all’ button to close all the programs and applications that are running. In iOS there is no such option and you have to delete each program individually.

This will greatly increase the performance of the mobile, freeing up RAM, but keep in mind that it does not close the processes or applications that work in the background.

This great trick can mark a before and after in the performance of the terminal. Many applications (especially social networks like Facebook and Instagram) store data that slows down the functions of the operating system.

To free up this space on Android it is not necessary to uninstall any of the problematic applications, just go to Settings, press Applications and from there select by pressing each application, looking for the cache and giving it to delete.

Aware of how tedious it can be to go one by one, there is the option to delete everything at once from Settings and Device Maintenance, where the option to free up space will appear. Some versions of Xiaomi mobiles have a somewhat different menu, so the route would be from Settings, press On the phone, Storage and click Cleaner.

If you have an iPhone, the way to clear cache is as follows. From Settings, tap Safari and from there, Clear history and website data. In the case of wanting to delete it from third-party applications, from Settings go to General and press iPhone Storage. Here a list of apps will be displayed and as in Android, you will have to go one by one.

Any application, whether used or not, takes up precious space on your mobile phone. The memory is finite and if we are storing applications, in a short time the smartphone will not give more of itself.

That game that you got off to play with a co-worker (outside of working hours) and that you never managed to connect with each other, that time you got down to Tinder or Grindr but in the end you preferred to meet people the old-fashioned way … All those apps that you abandoned, get in the way, it’s time to turn the page and make room for new things, uninstall.

Be careful with those third-party applications to clean the memory or optimize it, most will achieve the opposite, take up space, slow down the terminal and probably sell our data to third parties.

Android has tools for these tasks, even so, a good option is Files by Google that serves as a cleaner that also recognizes duplicate photos or those screenshots of conversations with your ex that have been on your phone for two years without any apparent function. Also turn the page of those files, optimizing your smartphone is knowing how to release, ‘Let it go’ What would Elsa say from Frozen.

Applications such as soda, ‘light’. And is that each application has a weight that also increases with each update, luckily many have trimmed versions, ‘lite’, which prioritize use and reduced storage, in addition to needing less RAM resources to function.

Designed for places where there is not a great network infrastructure, such as India, at the gates of 5G we can take advantage of these mini-versions such as Facebook Lite, Skype Lite, Messenger Lite, Google Search Lite, Maps Go, Shazam Lite, or LinkedIn Lite .

UPLOAD FILES TO THE CLOUD

If we do not want to get rid of the hundreds of selfies in the bathroom or with the Instagram beauty filters and the thousands of memes that we keep from Facebook or that our brother-in-law passes us, there is the option of keeping all these infinitely valuable documents for history of mankind in the cloud. In this way they do not take up space and will also be accessible at all times. Previously we already collected the different storage options that there are and how to configure the upload automatically. Some examples of platforms are: Google Photos, Drive, Dropbox, One Drive, Mega … ‘Safe’ places that will free up our terminals.

Operating systems evolve over time, updates are correcting and improving the base of the system (as in bipedal hominids). Therefore, both for performance and security, it is advisable that the terminal always has the latest version available for that Android or iOS model.

Although this is sometimes counterproductive, since many companies do not adapt the updates to old models quite well, contrary to what is believed, it is normal that an update makes your phone work better.

It is the most radical and the most effective option. You will lose all your files, logins and other information since the idea is to leave the phone as it was when you took it out of the box, with just enough to work. Therefore, make sure to save everything that matters to you before giving your terminal software a folder.

This formatting is called restoring factory settings, an option that offers you to start from scratch and not make the same mistakes by downloading those APKs of doubtful origin, a reset to the ‘Matrix’ that we would already like in real life.