Intel prepares for war with Apple and ARM 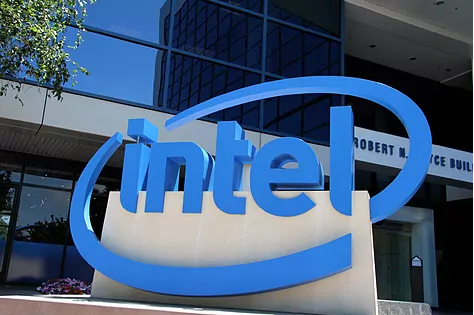 After several years focused on secondary businesses, such as 5G networks, autonomous vehicles or wearable electronics, Intel seems determined to take a 180-degree turn and stand up to the advance of ARM and Apple in their favorite terrain, the processor market. In a virtual event, the new CEO of the company, Pat Gelsinger, has outlined this new strategy, which includes breaking with two great taboos that until now have governed the direction of the company.

It will make third-party chips in its plants and allow other companies to make X86 processors, a move that anticipates increased competition in the near future.

The first is that Intel seems open for the first time to making other companies’ processors in its factories. Until now, these plants only manufactured processors designed by Intel itself. These processors dominate the traditional computing market but are not present in mobiles, which use chips based on a different architecture, ARM, and which are manufactured by other companies, such as Samsung or the Taiwanese TSMC.

The news has been surprising because it comes just in a week in which Intel has launched an advertising campaign mocking Apple computers, which since last year have begun a transition to processors also based on ARM. Early computers with these new chips have received rave reviews for their power and low power consumption, and that seems to have struck a chord at Intel.

Gelsinger assures that this rivalry is part of a healthy competition and that he hopes that Apple will be one of the companies that considers its factories in the future to make its chips, even if they are processors based on the rival architecture. Intel also seems interested in taking the business of other important brands, such as Qualcomm, Google, IBM or Microsoft, which now depend like Apple on the Taiwanese company TSMC to manufacture their chips.

The company will invest $ 20 billion to open new production plants and expand existing ones to meet demand. They will also be factories located in the US, a decision that has a calculated geopolitical benefit. China is making rapid strides in semiconductor manufacturing just as the US needs to begin reducing its dependence on the Asian country in the electronics and communications market.

The second taboo is that Intel will allow third-party companies to make chips based on its X86 architecture. Until now, it has only licensed some of the patents and technologies to a limited number of companies, such as AMD, and in part only to ease tension with the regulatory bodies that monitor free competition in the market.

From now on, the strategy will be much more open. Intel will license the entire core of its architecture, as ARM does, for example. This means that companies like Microsoft or Google will be able to design their own chips without having to abandon the set of instructions used today by Core iX processors or many of the graphics, AI or data transfer technologies associated with them.

With this move, Intel could curb the trend of migration to ARM that has also started to be noticed in the conventional PC business or the server market. These are only first steps, nothing as ambitious as the transition of Apple’s Macs, for example, but it threatens a business without which Intel would have very difficult to survive.