Hyrule Warriors: Age of Cataclysm is the kind of mindless fun we all need 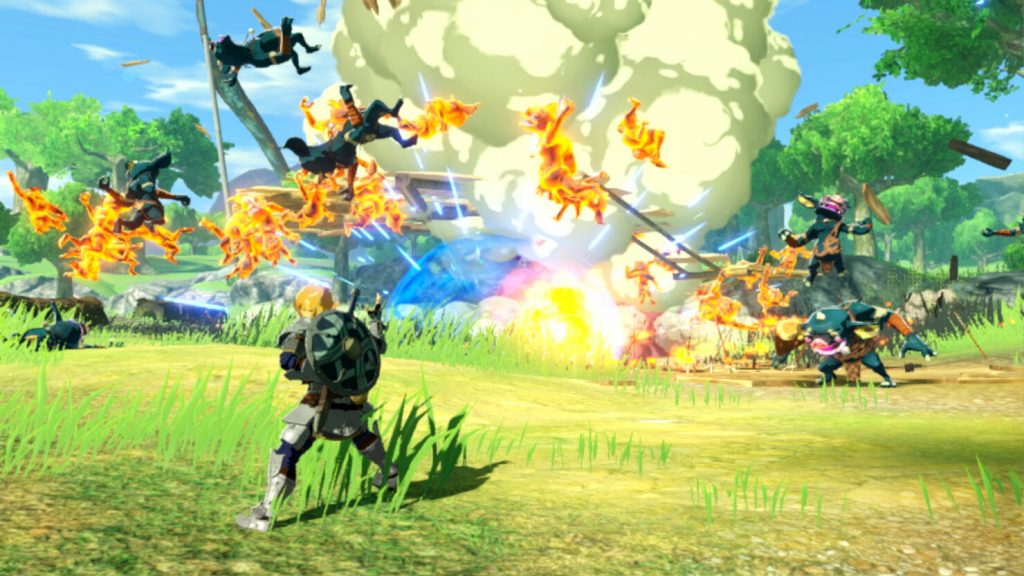 The Legend of Zelda: Breath of the Wild is a masterpiece of the video game industry, an adventure in which nature, puzzles, magic and the pleasure of discovering things go hand in hand with one of the most beloved sagas of video games .

Beside him, Hyrule Warriors: Age of Cataclysm, set in the world of Breath of the Wild, but 100 years before the events set out in the game, is that silly cousin you party with from time to time and You have a great time even though you are not doing anything exceptional.

Set in the world of the last Zelda, although with a free interpretation of its past events, this ‘mosou’ entertains without you even realizing it

If with your cousin you are chaining beers, with Hyrule Warriors you are chaining blows to hundreds and hundreds of enemies without stopping to think very well what is happening. If with your cousin you change the bar and the environment every so often, in this game you jump between characters, each with their skills and movements and way of attacking.

And if with your cousin you start to see things a little blurry and you see that you don’t move very well, curiously, with this game a little happens too. The worst thing about Hyrule Warriors is that its performance is quite limited and there are slowdowns and the characters can be blurred by the low resolution. The Switch is not as powerful as many of us would like and this game demands a lot of chicha when there are so many enemies and magic on the screen.

This almost seems like a trait that characterizes the ‘mosou’ genre, a type of pitched battle game often associated with Koei Tecmo’s Dinasty Warriors saga, whose developers are partly responsible for this game. They have taken a formula that they know well and that in the original Hyrule Warriors worked well and they have transplanted the aesthetics, menus and characters of Breath of the Wild with great success. Quite an achievement.

If I like this game so much, it’s because mosou are simplistic to the limit: you rush against a battalion of enemies, blow them up with a clean sword and move around a relatively large map to accomplish simple objectives without paying much attention to strategies or whether an enemy is very strong or not. Basically, you spend an hour or two pushing buttons like crazy and always winning relatively easily.

Part of the charm of this game is that you already know all the characters that you can use if you are a Zelda fan: from Link, the absolute protagonist, to Zelda, Impa, Daruk, Mipha, Revali, Urbosa … Learning to use them is fun itself and it won’t take you long to discover that maybe Link isn’t your favorite.

There are some playable novelties compared to its immediate predecessor, but they do not add much to the game as a whole, which is solid in itself despite being repeated. The parts where you handle a Guardian make you want to put your eyes out because you hardly see anything if you play in handheld mode and they perform poorly. And on top of that they are not very funny.

And personally, it’s a bit disappointing that the narrated story is simply inspired by the past events that are constantly dropped in Breath of the Wild. Nothing that happens in The Age of Cataclysm is 100% official, unfortunately for fans of the saga who always want to know more about the background of it. At the very least, seeing Impa as a youngster and Prunia as, ironically, an adult, is a cool touch.

If you’re having trouble with games whose performance saps their charm a bit, then Hyrule Warriors: Age of Cataclysm might get you a little fed up. But if you are used to certain Switch games showing the processing seams of the console or if you really like the Zelda saga or if you love the ‘mosou’ genre, this game is one of the best that you will play before Christmas.