How to create an avatar on Facebook: So you can design emojis with your face 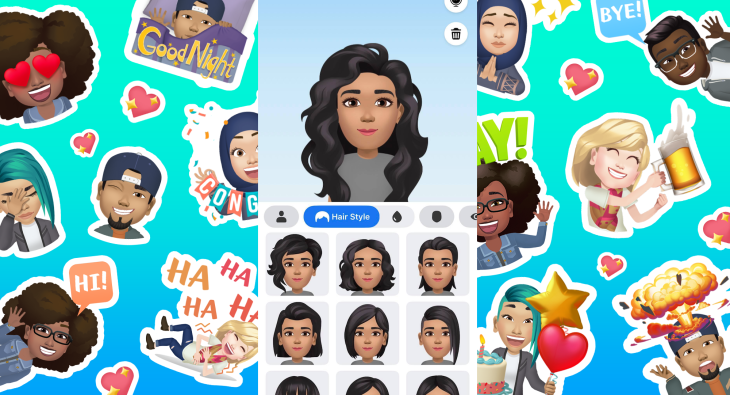 The latest update of the Facebook application for Android has incorporated an interesting novelty: Facebook Avatar, the possibility of creating a personalized avatar with our face to use on the social network and in its messaging app, Messenger. We explain how to make custom emojis on Facebook with this new tool.

To create a Facebook Avatar, the first thing to do is check that the application is up to date. To do this, you have to go to Google Play and search the store for the app itself. When it appears, it will offer the option to open it (in that case it is up-to-date) or to install the most recent version. Once this is done we can start.

While the creation process is straightforward, finding the option isn’t that easy. Thus, it will be necessary to go to any state (it can be ours) and press ‘Comment’ – it will not be necessary to leave messages. When you do this, the option to enter a gif will appear on the keyboard and, next to it, a face, which activates the emojis: you have to select it.

The next step – possibly the least intuitive – is to go to an icon between purple and pink, with a mouth (no eyes) and a certain form of comic book speech bubble. It is located on the left, next to an icon with four circles placed in a square and it is the one that hides the option to create a Facebook avatar.

After pressing the message ‘Create your avatar’, the Facebook emoji editor will finally appear, where you will have to choose elements such as skin tone, face shape, eyes, eyebrows or glasses, among others. Those who have ever created a character for a video game will have no problem (the truth is that those who have not done so should not find challenges at this point either). Despite its simplicity, it has multiple customization options.

Once finished, it will be possible to use these stickers on Facebook and Messenger. The avatar can be edited at any time and the reactions are predefined, but they are quite varied.

At the moment it is not known when the personalized emojis will arrive on WhatsApp for those who do not have an iPhone. Although Facebook also owns the messaging application (and Instagram, by the way) and its plans are to unify all these apps, it is a medium-term strategy, so it is more likely that an editor of its own will end up coming to WhatsApp that the Facebook emoji can be used outside the social network.