“GameStonk”: How an Internet Movement Could Change Wall Street Forever 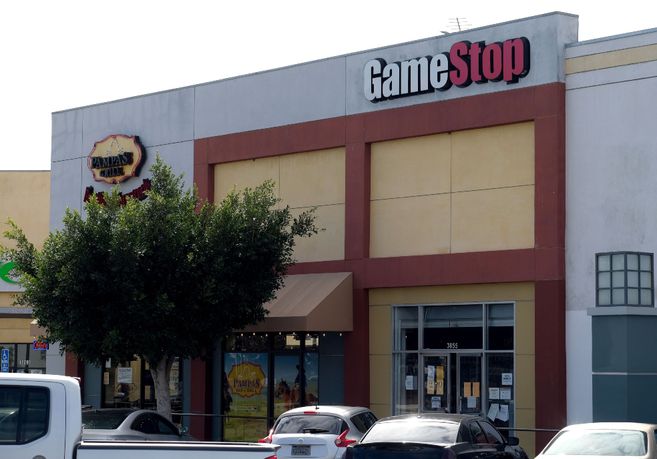 A month after the GameStop stock market craze, this video game company’s stock rose again. What has happened in recent weeks and what do these new investors who organize on the Internet represent for Wall Street?

This has never happened before. The shares of GameStop, a company that sells video games and collectible dolls in the United States and that in recent years had begun to close stores due to financial difficulties, became a battlefield between investors large and small on Wall Street and those who They buy shares through applications on their cell phones.

Everything was born with an idea that Keith Gill Drove shared in 2019, under his pseudonym DeepFuckingValue or RoaringKitty, on his YouTube channel and in a Reddit group called WallStreetBets (bets on Wall Street), one of the most popular forums on this page, where ideas are exchanged to make investments in a coordinated way. Gill said that if many people buy shares in a company, even against the forecasts of Wall Street investors, they will increase in value, affecting hedge funds.

A fund is an amount of money from different investors that is raised to invest in securities such as stocks, bonds, money market instruments, and other assets. There are two types of funds: mutual funds and hedge funds. The latter are not regulated by the United States Securities and Exchange Commission (SEC) and therefore cannot be advertised. In fact, its activity is almost secret. Very few people know what hedge funds exist and only those with a certain profile and financial knowledge can participate in them. That is why many people view it with suspicious eyes and present it as the malevolent institutions of Wall Street.

These funds try to reduce the risk of their investments to a minimum, betting that a stock will increase or lose value. When betting on it to lose value, hedge funds borrow shares from companies and sell them, hoping to later buy them back at a lower price and keep the difference. This is also called short buying. But when the opposite happens, as happened with GameStop, and there is such a dramatic rally, these funds face huge losses as they must now buy the stock at a higher price than it was when they borrowed it.

This phenomenon of the stock market, when investors and traders act under the assumption that a stock is going to fall and rise instead, is called a “short squeeze.” Many people took up the idea of ​​pushing this “short squeeze” as a cause to attack billionaire investors on Wall Street. In an interview with The Wall Street Journal, Keith Gill Drove said that he never thought that his idea would become a massive movement that revolutionized the US stock market. For many users, he is the genius behind the exponential increase in shares of GameStop: more than 1,600% so far this year.