Galactus event in Fortnite: schedule and all the details of the end of the season 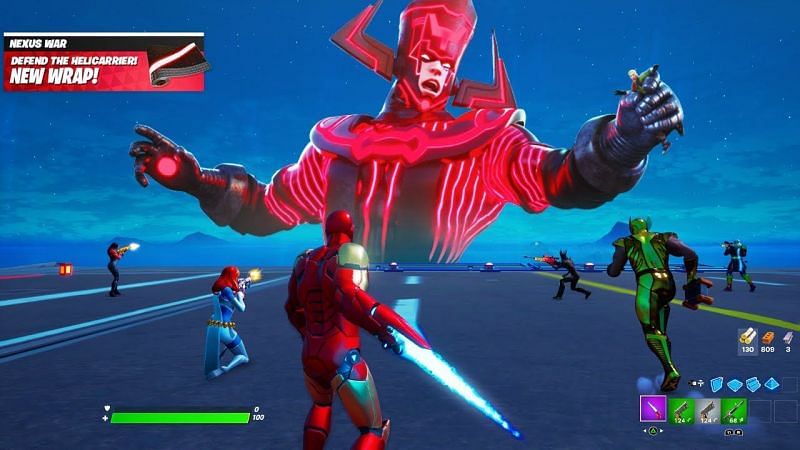 On Tuesday, December 1, the Galactus Event will take place in Fortnite, one of the most epic end of the video game season. We tell you how to see this planetary event live … in every way.

The Galactus event will end the Fortnite season with the arrival of one of the most powerful villains in the Marvel universe.

The Eater of Worlds, one of Marvel’s most powerful villains and arch-enemy -among others- of The Fantastic Four, “approaches the island and puts the fate of all reality in check,” according to Epic Games on its website.

“Join the ultimate battle against Galactus in the War on the Nexus unique final event on Tuesday, December 1, at 22:00 CET,” they continue. Therefore, the Galactus event will begin at 10:00 PM PST.

To access the most important thing is to download the latest Fortnite update (version 14.60). Once this is done, you just have to open the game – no matter the device or platform – and enter the event ‘The World Eater’, a list whose queue will be active approximately half an hour before (that is, 9:30 p.m.) . It will be difficult to get lost, because the rest of the game modes will be deactivated.

Although the developers say they have “taken steps to ensure that everyone can participate in the event,” they recommend logging in at least one hour in advance “just in case.”

From Epic Games they also recommend downloading Houseparty to use Fortnite video chat on PC or PlayStation a and PS5. Do you have a YouTube channel? Know that those who are part of the Apoya un Creador (SAC) program “will be able to host on-demand content from the Galactus event on YouTube and monetize those videos.” This monetization will remain active for 90 days and after that time the videos will be demonetized.