First contact with Cyberpunk 2077: don’t let the neon blind you 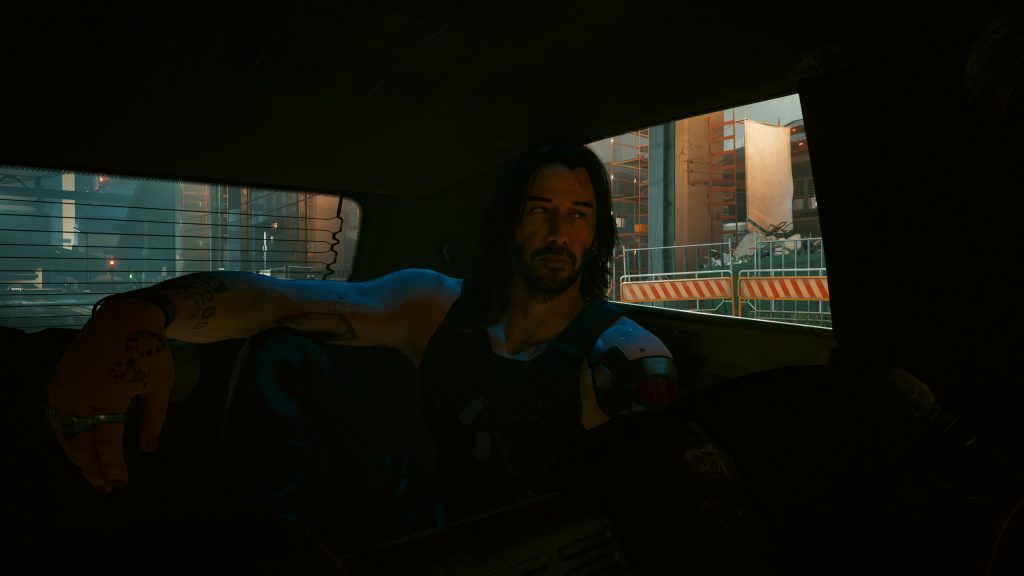 The new video game from CDProjekt, creators of The Witcher 3, launches tomorrow, but it is already giving a lot to talk about due to the multitude of controversies that surround it

Could there be something more cyberpunk than trying a game with the same name, with a mask over the mouth and in rigorous solitude as a safety measure against a virus for which there is still no vaccine?

Yes, we live in strange times, science fiction becomes less fiction and productions like Blade Runner, I am a legend, The collapse or The fence seem to us just around the corner. At such a time, Cyberpunk 2077 is launched, which will hit stores in Spain tomorrow.

Within this context of pandemic, outbreaks, confinements by districts and their corresponding social protests, brain implants and new signs of life on Venus, walking through a futuristic city like Night City in what is supposed to be the future year 2077 is not surprising. as much as it would have done just a year ago.

A WILD AND AESTHETIC CITY

The city in which the new CD Projekt Red (CDPR) title takes place, Cyberpunk 2077, is inhabited by hustlers living on the brink of poverty, unscrupulous corporate workers, nomads living on the fringes of society and characters with more of a machine than a person, which is what 2077 is for. A metropolis full of life in which each character, be it main, secondary or just a pedestrian, is designed by someone from the studio and is not the product of a hodgepodge algorithm of aesthetic attributes and objects.

This pampering on the part of CDPR is noticeable, the pedestrians of the city wear clothes, makeup and hair combined, a fantasy for fans of the ‘aesthetic’. Amen that the graphic section is impressive. The attention to detail does not stop there, as there will be main and secondary missions, in the Californian city of Night City we can find different events if, for example, we decide to walk instead of taking the car (promoting environmentalism ) or if we go to a distress call heard in the distance during one of our walks.

Attending to these fortuitous events may influence the missions in some way that we still do not know, a prize for the punctual. The city is alive and it is something that he feels from minute one of the game with the spontaneous street fights in which we can intervene or the police who come to reprimand us when we do not comply with the rules (although calm, the mask is not mandatory in any of the Night City districts).

It is also perceived as a place where there are many things to do, the city is so dense in terms of population, places to visit and activities to try that it feels gigantic, despite being a smaller map than The Witcher. : 3 Wild Hunt.

The personality of each of the city’s neighborhoods is very defined and permeates every detail, from its inhabitants to the posters and stores in the area. An outstanding in aesthetics that justifies the ‘hype’ that surrounds the production.

A FUTURIST COCKTAIL THAT WORKS

Transhumanism has a fundamental role in this city. People modify their bodies on a whim, embracing excess on many occasions, just as we can do with the character that we will handle during the adventure, V. A dystopian future (hopefully, since according to 2077 the dependence on technology and power of the big corporations takes a somewhat unpleasant turn) that captivates from the beginning as if hypnotizing the player with its bright neons and fluorine colors.

Cyberpunk 2077 produces a similar sensation to the third installment of the adventures of Geralt of Rivia, that of infinite opportunities and points of interest, although with a much faster and more colorful pace, which can be sensory overload at first. It is normal to feel overwhelmed by the amount of things to explore, it is something that you are doing as you enter the dynamics of this open world game.

The neons, the colorful billboards, the concrete masses and the obsession with technology are reminiscent of a multitude of science fiction films, but it feels different, like an original concept that emerged from a cocktail of more or less known things. Of course it drinks a lot from the Cyberpunk 2020 board game, even some of the roles have been redesigned and adapted for the CD Projekt proposal.

I have to admit that I am capable of spending more than an hour of my life creating a character, so discovering the large number of customization options that the game offers overwhelmed me. I tried to avoid taking it very seriously since I probably would have left the two hours available to test the title in that menu, although it must be pointed out, the title is a first-person role-playing game, that is, during the game we will only see the hand of our meticulously designed character.