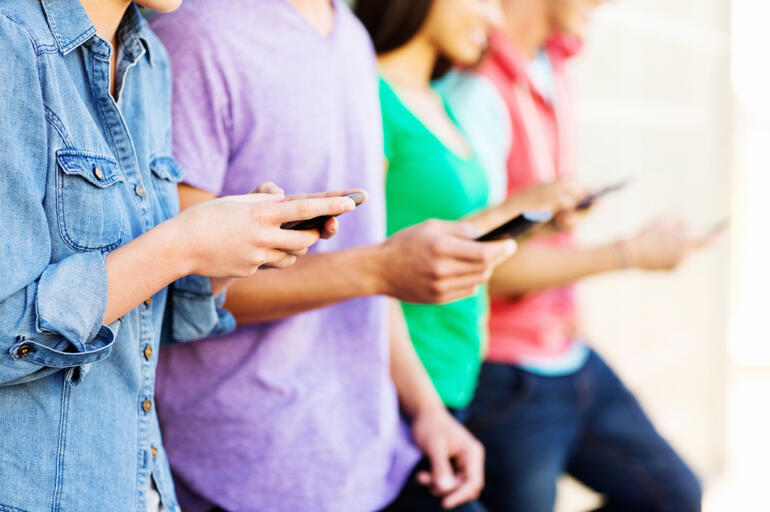 The WhatsApp communication platform leaves more and more users for different reasons. If you are one of them, there are many possibilities of how to replace it with something better.

We show you which are the 5 free alternatives to WhatsApp to have a text or audio-video conversation with your friends, family, guaranteeing your privacy and security.

Why do you leave?

The company WhatsApp, as you may already know, is a service owned by Facebook Inc. Although normally when companies merge their data becomes more interconnected and recently, starting in early January 2021, Facebook launched a change in the terms of use and privacy policy. This update says that it will effectively merge your WhatsApp data with that of Facebook. That basically means that Facebook will have access to more of your data than it already has. This could be used for even more precise advertising targeting.

Also, it turns out that Facebook wants to share information about you with other companies like Onavo, Facebook Payments or CrowdTangle. All this makes many people in the US rethink whether they want to continue with WhatsApp or they would leave. Some users in the EU have taken a similar action, although they are not affected by this change due to different privacy laws. While this change in conditions is on hold for a few months, and WhatsApp is quickly trying to save face by explaining those changes, clearing up misinformation, and dealing with lawsuits, there may be time to think about what else is out there.

In addition, from January 2021 many old phones (years 2011 – 2012) or more specifically phones with old versions of Android 4.0.3 or iOS 9 will not be compatible with WhatsApp and the application will stop working.

Now we know that switching platforms can be difficult, but we will show you that replacing WhatsApp can be quite easy if you know what alternatives there are. In this article we will point out the advantages and disadvantages of the best. Let’s get down to business.

The first on this list is Telegram, this application service uses more than 500 million monthly active users. It is perhaps the biggest competitor to WhatsApp in terms of functionality.

It’s free, the account is linked to a phone number. The application can be used on multiple platforms, basically all operating systems (Windows, macOS, Linux, Android and iOS) or as a web application, and that is just convenient. Telegram messages are cloud-based, users can share photos, videos, audio messages, share files up to 1.5 Gb, and since 2017 voice calls.

It also supports client-to-client encryption that changes periodically (but not group encryption), the so-called secret chats, there is also the option to delete the conversation at any time or destroy it after a defined countdown. As of 2020 you have video calls with end-to-end encryption like Signal and WhatsApp.
Telegram uses centralized servers, but more importantly, Telegram’s server-side software is closed-source and proprietary. For users who registered from the European Economic Area (EEA) or the United Kingdom, the General Data Protection Regulation (GDPR) relies on storing data only on servers in the Netherlands.

The company has reported a record increase in users in recent days. According to the founder of the service, Pavel Durov, in three days 25 million new registrations were received, the usual increase is around 1.5 million users per day.

Next up is the Signal app, with close to 20 million active users in 2020 and also gaining many newcomers every day. Signal is cross-platform – it supports operating systems such as Windows, macOS, Linux, Android and iOS. It cannot be used as a web application, only with the official client applications installed. It offers similar functions to its competitors, such as one-to-one or group video calling, file transfer, voice recording and also end-to-end encryption, and that also in group chat or self-destructing messages.

It is also free and it is mandatory to register a phone number for verification. The biggest difference is that Signal is open-source, which means that the application code is publicly available and anyone can check that it contains no malicious parts.

So if what you care about is security and privacy, Signal messenger is your best option.

Threema is a paid and open source application for iOS, Android and can be used as a web application on desktop devices. At the time of writing this article (Q1-2021), the Android version costs about 4 euros in the Google Play store. It does not require a phone number or any other personally identifiable information and has around 8 million users.

Threema’s servers are located in Switzerland and all communication is fully encrypted, even trivial things like status updates.
Threema is considered one of the best encrypted apps on the market by many experts and appears regularly on the lists of similar apps.
During the second week of 2021, Threema quadrupled daily downloads, as we have already said, initiated by controversial privacy changes on WhatsApp.

Viber is also very popular, a free application for Android, iOS, macOS, Windows and Linux platforms or as a web application also on desktop devices.
Users are required to be registered with a phone number, although as a Web App service it is accessible without one.
It offers complete functions like WhatsApp: instant messaging, voice and video calls, media sharing or file transfer.
There are over 1 billion registered users on the network and 260 million active users, which is impressive.

It has end-to-end encryption and there is also an option to auto-delete messages after a defined time.

Since Threema was not technically free, this is.
For those Apple users, those can use the free, pre-installed or built-in iMessage app. It works both on iOS or macOS, iPadOS and also watchOS. This app is made in such a way that it automatically converts an SMS / MMS to iMessage if the recipient was registered; and from iMessage to SMS / MMS so there is the possibility of reaching users with old phones or without this app installed. On the Apple Watch, for example, it doesn’t have a keyboard, users can reply to messages using preset replies or text transcribed by Siri.
The biggest drawback, in our opinion, is that with iMessage, users can send text messages and pictures only to other Apple devices.

Hangouts is a cross-platform messaging application, obviously developed by Google, it is currently being replaced with its functionality by Google Chat in 2021.
Google Meet is aimed at business users, its focus is on video conferencing, Google Chat is focused on instant messaging.
Hangouts allows conversations between two or more users, includes the ability to make free voice calls to other Google users, and supports calls to landlines. The downside is that there is a list of countries where calls from Hangouts are not available. It also allows content sharing through Google Drive.
Chat (formerly known as Hangouts Chat) offers direct messages to team members, group messaging features, and much more. The current version is for G Suite customers only, but Google announced that it plans to open Google Chat to consumers in early 2021.

Google Hangouts will continue to be a consumer-level product for people using standard Google accounts, Google Meet became free in April 2020 in response to COVID-19 as well, and Google Chat would eventually become free according to Google.

You can try this application, formerly known as Android Messages. It is an SMS and instant messages application, available for Android and as a web application, and offers chat functions. The app exceeded 1 billion instances and did not yet support end-to-end encryption.

People in general are less willing to be held hostage by companies trying to exploit their data for profit, even if WhatsApp is withdrawn for the time being. For those who are tired of it, the biggest migration to the best messaging services probably began.
Although some communication applications are undergoing a minor renaissance thanks to changes in others, we can freely choose which platform we can benefit from. Developers take inspiration from other applications and copy ideas from others, which is only good for the end user.

Telegram has been the best alternative to WhatsApp for a couple of years now and it has only gotten better over time.
Signal so far has no deep advertising, Viber is used by many people in Asia, Threema focuses on security.

The applications that offer similar or better functionality are many more, we can also mention Skype, Wire, Discord, Slack. It’s just up to you what you choose and that’s just great.